I’m usually good at finishing books. I mostly always finish a book once I’ve started. Whether it’s good or bad. Whether it’s boring me to death or I’m having the time of my life. I finish the book. No matter what. 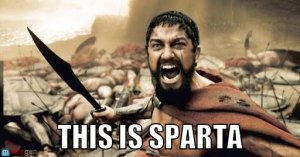 But for some inexplicable reason, I couldn’t finish these fives books. This doesn’t necessarily mean I won’t try reading them again… But it seems unlikely.

This book was just… Annoying, to put it mildly. I bought it years ago because the author was like sixteen when it was published and so I was really curious to see what she could do.

Apparently not that much…

Yes, she writes very poetically and all that. But I’ve said this a thousand times and I’ll say it again. Writing words on a page doesn’t necessarily make you a good writer.

She describes everything in so much detail it infuriates you by the end of it. Six pages to describe a road… And so on so on…

And the romance was just meh.

But what really made me annoyed was the main lead and the contradictions. First off, an angel that’s been watching us for thousands of years wouldn’t come to Earth and act like a complete moron towards everything. You’d think she’d know what happens when you drink alcohol… You’d think that even though she’s trapped in a teenage body, she’d be wise because well, she’s an ANGEL!

Another contradiction. We’re told that the angels need to cover their bodies because of their wings, but then when a neighbour knocks on the door, the boy appears in a towel and the girl in a tank top… Seriously?

Yeah, I know what you’re going to say. But first let me explain! I LOVED Divergent and Insurgent. I read both books in a few days. I was extremely excited to read Allegiant. Unfortunately it didn’t live up to my expectations… Why?

The first two books were incredibly fast paced, things were happening constantly and it was always exciting. Allegiant just felt boring… It was boring to read it, because nothing was happening. And it was told from two point of views. The thing is, I didn’t feel like I could tell the difference between the point of views, if it weren’t for the names at the top of the chapter, I wouldn’t have known.

It reached a point where I had to give up, I read a summary online and then discovered the ending… That ending disappointed me, especially after reading many reviews that said it didn’t need to happen. 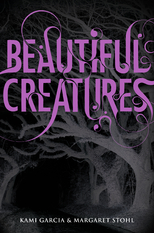 I bought this book before I even heard about how famous it was. I liked the idea, but the truth is, I found it boring. Nothing ever happened, it was just the two characters going to the library to read information… I’m sure something more interesting happened later… but I couldn’t be bothered to wait and see.

My problem with this book was that I had watched the TV show first. And so I expected the book and the tv show to be similar. It wasn’t… And the truth is, the tv show was more interesting in my opinion. I started reading it a long time ago, so I don’t remember what exactly I didn’t like, I just  found it a little childish and not as interesting as I’d expected it to be.

I bought this book a long time ago, when I was really into vampires. (I still am, but I don’t really read vampire books anymore because I’ve been disappointed way too many times). I read a couple of chapters, and it didn’t seem bad… it just was… The main character was just really robotic and it turns out she isn’t actually like the last vampire on the planet? I can’t remember perfectly, and do want to try re-read this one, but at the time it just didn’t get me sucked in.

What books haven’t you been able to finish and why?